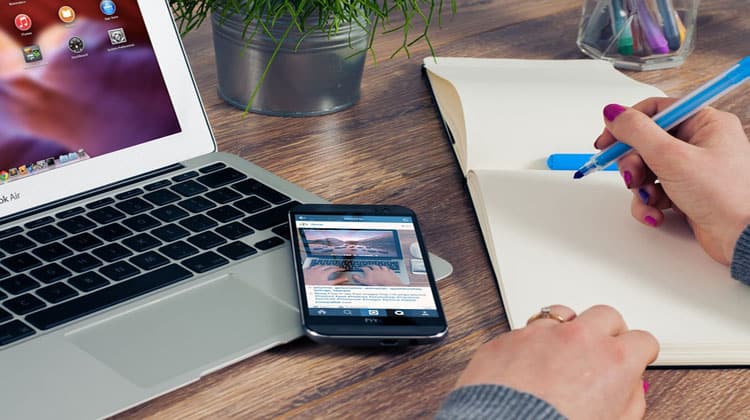 The internet is the dominant global medium where business is now conducted. It has allowed both multinational companies and individuals to start and develop global brands. There are many examples of entrepreneurs becoming successful by harnessing the power of the internet. In this post I look at five students who were able to use the internet to make their first million.

Learn from them as you start your journey to making your first million online!

5 Students Who Made Their First Million Online

The story of Sean Belnick starts in 2001 when he was 14 and setting up his e-commerce site BizChair.com. With just $500 in capital the young entrepreneur developed one of the first e-commerce sites to sell office furniture. Using his self-taught skills in website design, combined with his stepfather’s experience in the furniture industry, Belnick expanded the company from his bedroom to a multi-million dollar company.

E-commerce providers have allowed entrepreneurs to set up a quick and easy platform to make money. Ecommerce Guide in their review of Shopify note how the e-commerce platform is designed for entry-level users, with a step-by-step guide to help them set up their online store. Unlike Belnick who had to rely on his own web design talents, modern entrepreneurs have no trouble taking that first step in the e-commerce industry.

While most of the entrepreneurs on this list used the internet to create their own business, Keng saw an opportunity to build her own company on the prominence of social media in modern society. Her company MyWeboo is a website that helps users share content from various social media accounts in one place.

Speaking to Mochi Magazine she spoke of how the company was created when she was still a senior in high school. After the site was launched it became the number one searched term on Google for several days.

One of the biggest challenges facing internet entrepreneurs is convincing people to use their service. Keng tackled this by using extensive market research and surveys to get people interested and aware of the site. She has since used her experience to help other students develop their own businesses.

It is no surprise that Christian Owens went on to become a millionaire at the age of 16. Inspired by Steve Jobs, British born Owens started a web design company at the age of 14 called Mac Bundle Box. He then went on to launch pay-per-click advertising company Branchr.

Entreprenuer.com believe that there is a good lesson to be learnt from Owens: “follow your passions, claim your mentors and find a way to give people what they want for less”.

Sometimes it pays not to listen. Evan Spiegel developed Snapchat at Stanford and proposed it as a class project. In an interview with Forbes, Spiegel recalls how his friends told him it was a terrible idea, and that nobody would use the app.

This year Spiegel took Snapchat public with the company market value put at $33 billion. Spiegel managed to harness the power of the internet by giving the public something they weren’t expecting.

In the social media industry dominated by Facebook, Snapchat had a unique selling point – the pictures could only be seen once. The appeal of Snapchat according to Spiegel, is that it has put the quirks back into communicating in contrast to the perfected profiles on other social media sites.

Mark Zuckerberg is arguably the most famous student entrepreneur on the planet. The world’s youngest billionaire was the first to harness the true power of social media. While at Harvard University he created Facebook as a means for students to share photos and information with fellow students.

Zuckerberg has stated that he never thought Facebook would reach the popularity it did, and even believed that someone else would build a similar social network for the world.

Instead he ended up building one of the most successful companies in the world.

At the end of the day, the internet opens the door and levels the playing field. Anyone can begin making money online. All you need is an idea and a vision for that idea. Will that guarantee success? Not necessarily. But when it comes to being successful and having a multi-million dollar company, you never know until you take that first step and try.

Hi, my name is Jon and I run Compounding Pennies. I've been interested in personal finance since high school and have both my undergraduate and masters degree's in finance. I also have a Certificate in Financial Planning and am licensed by FINRA. I've spent over 15 years in the financial services industry helping people with their finances. You can learn more about me in my About page.
12 shares
Scroll to Top